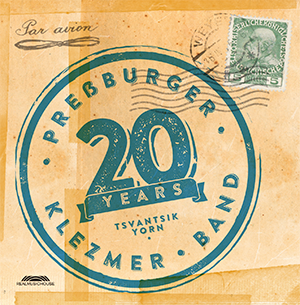 This year is genuinely important for us. We are celebrating the 20th anniversary of the band – the Preßburger Klezmer Band. So we recorded a new cd entitled TSVANTSIK YORN (20 YEARS). You may know that our music is lively and universal and so on this cd, too, we fly over the world. From Armenia over Europe with a stop in New York and finally to Brazil. We don’t only sing in Yiddish but you’ll be hearing Hungarian, Armenian, English and Slovak. We will introduce almost forgotten unique klezmer tunes from Slovakia. And we shall end with a samba! 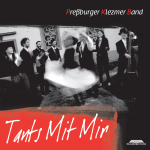 This album is our musical walk. As we shpatsirn through the eastern parts of Europe – Let’s dance! First, a Polish Szabasówka, Kazachok and Bulgar in Odessa. We are in a nearby town at the wedding of Mizinka, then we are walking with a boy to the market and listening to a girl singing about her love Shloymele. And there – where Ukraine ends and Slovakia begins – we dance once again! What else than kolomyjky and Moyshe? We walk on to Vojvodina singing about a charming little Gypsy girl and we switch to wild Serbian dances. Next, a quick stop in Kosovo and lastly a Greek dance. Exhausted we are sinking into melancholy. In the streets of Sarajevo we’re whispering originally Jewish sevdalinke Moj Dilbere and Kad ja pođoh na Bembašu. And finally? Lawless, winged and unconfined… Enjoy… 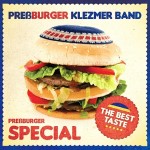 A CD selection of the most popular and requested songs compiled from the concerts during the 15th anniversary of the group. Besides the new klezmer hit records, the CD also includes the yet unreleased Jewish evergreens and bonus tracks from successful PKB projects. 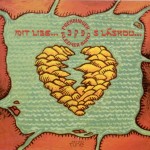 With the theme of love being present in most of the songs, this album includes folk as well as traditional records in their original versions. These mainly combine the Jewish Ashkenazi traditions with the Balkan melodies and oriental inspirations, thus sharing the vigorous taste of modern music suitable for both dancing and listening. Besides the songs in Yiddish, the CD also includes some catchy tunes with the new Slovak texts by Ján Štrasser. This especially refers to the bonus remix Joške, which has been modified by the composer Slavo Solovic. 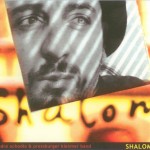 A project of the famous Polish chanson singer André Ochodlo, who invited the Preßburger Klezmer Band for collaboration. These records comprise the best Yiddish songs played in their original version by André Ochodlo, whose new compositions also supplement the CD. The enthralling rendering of Marek Czerniewicz is interpreted by PKB, under the artistic leadership of the bass fiddle virtuoso Adam Zuchowski. 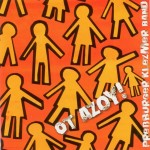 In contrast to their first album (‘Lajv’), this one focuses on a mixture of genres, combining various contemporary and ethnic styles. Nevertheless, it still keeps its dance focus and dynamic character in spite of its diversity. The catchy tunes of the songs written in Yiddish are even presented to the general public through a Slovak version of the famous song Tumbalalajka, the text of which was written by Ľubomír Feldek. Many famous musicians from the ethnic scene, such as Flaco de Nerja, and Martin Lopez, were also present during the recordings. 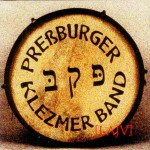 A non traditional debut, in the form of a live recording made at the club Za Zrkadlom in Bratislava. This is typical klezmer music accompanied by a pleasant atmosphere.